A gun magazine is a device that holds rounds of ammunition for a firearm. It is usually a metal box or cylinder, with a spring-loaded follower that moves rounds of ammunition up into the firearm as they are fired. A gun magazine can be attached to the firearm or removable. Some firearms, such as the Browning Hi-Power and M1911A1, use detachable magazines that can be quickly replaced by the user. Other firearms, such as the Lee-Enfield and Mosin-Nagant, use fixed magazines, which cannot be removed by the user. 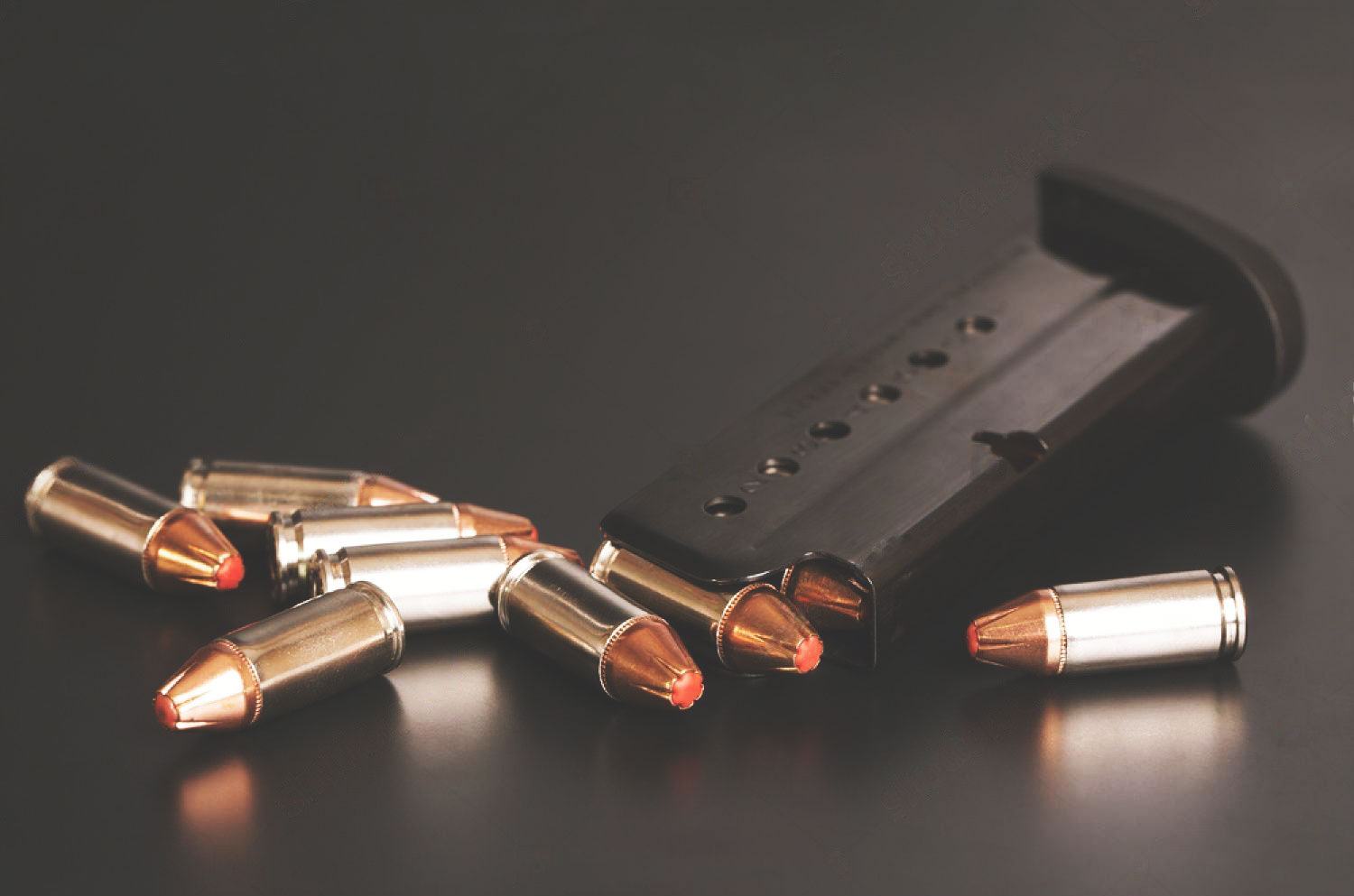 The capacity of a gun magazine is typically measured in rounds. A standard pistol magazine, for example, typically holds between six and eighteen rounds. A rifle magazine can hold anywhere from five to sixty rounds, depending on the type of firearm. Some drum magazines can hold hundreds of rounds.

Gun magazines are subject to wear and tear, and will eventually need to be replaced. The springs in particular can weaken over time, causing the magazine to malfunction. It is important to regularly inspect gun magazines and replace them when they start to show signs of wear.

Most firearms use detachable magazines, which allows the shooter to quickly reload the gun by swapping out the empty magazine for a full one. Fixed magazines are less common, but are often seen on rifles and shotguns. Some guns, like revolvers, do not use magazines at all and instead have a cylinder that holds the ammunition.

Some states have laws that limit the capacity of detachable magazines, but these laws vary from state to state. It is important to check the local laws before purchasing or using a gun magazine.

While most gun magazines are designed to work with a specific type of firearm, some aftermarket options can be used with multiple types of guns. For example, certain AR-15 magazines can also be used with the AK-47 rifle. It is important to check compatibility before using any aftermarket magazines.

Gun magazines are an essential part of owning and operating a firearm. Understanding the different types of magazines and their capacities is important for choosing the right magazine for your needs. It is also important to be familiar with the laws in your state regarding magazine capacity limits. With this knowledge, you can ensure that you are using your gun safely and legally.

There are a few different types of gun magazines:

When choosing a gun magazine, it's important to consider the type of gun you have and how many rounds you want to be able to shoot before needing to reload. There are also a few other factors to keep in mind, such as the magazine's capacity, its material, and its compatibility with your gun. 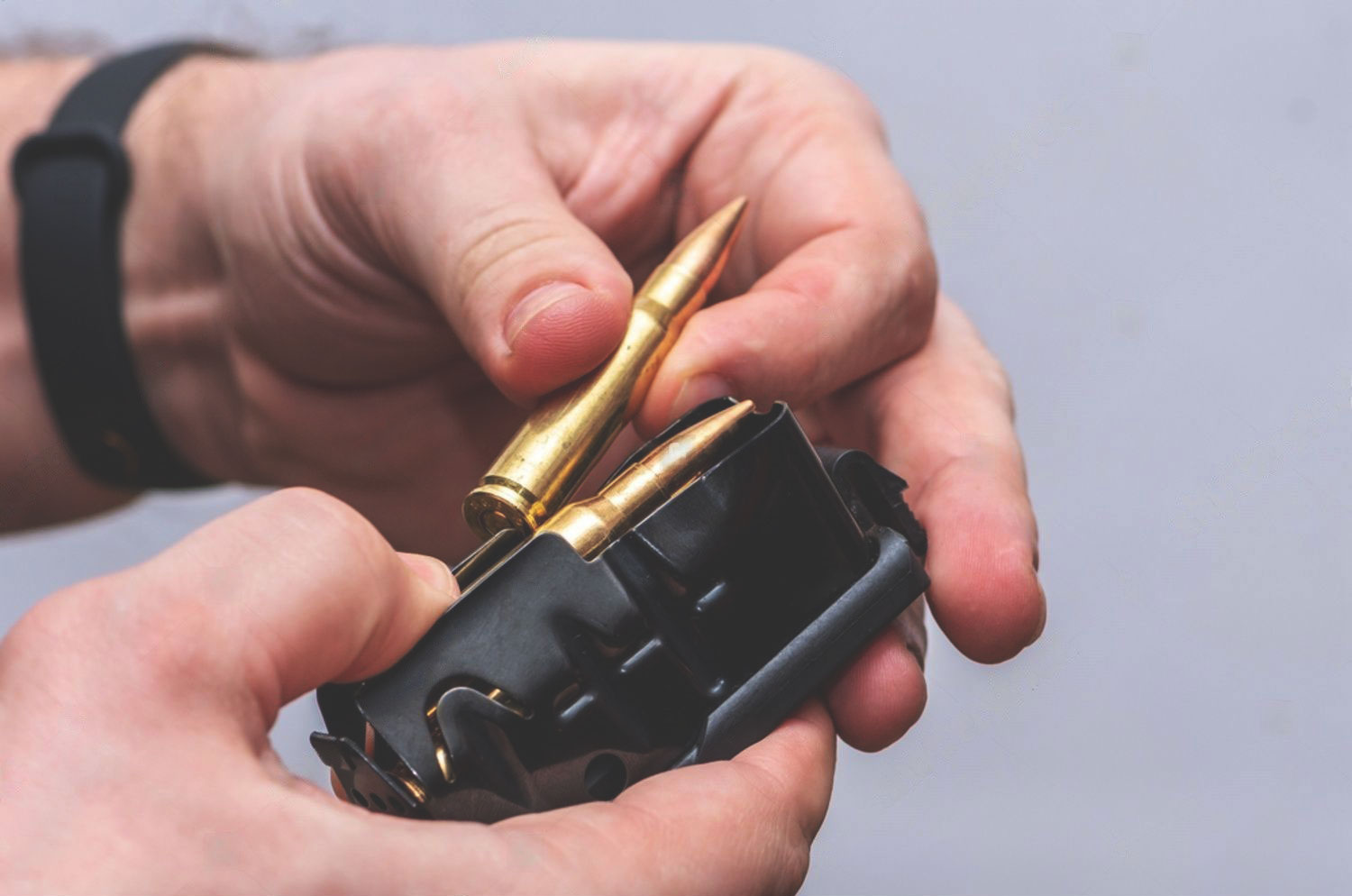 The capacity of a gun magazine is the number of rounds it can hold. Detachable magazines are available in a wide range of capacities, from 5 rounds up to 100 rounds. fixed magazines typically have a capacity of 10 to 30 rounds.

The most common magazine capacities are:

Most gun magazines are rectangular, but some are curved. Curved magazines are typically used in firearms that have a magazine that is integrated into the grip, such as the Glock 19.

Gun magazines typically have a spring inside of them that pushes the rounds of ammunition up so that they can be fed into the chamber of the firearm. The spring is under pressure and therefore needs to be replaced every few thousand rounds or so.

Some gun magazines have a follower that helps to keep the rounds of ammunition in place and prevents them from nose-diving into the magazine. Followers are often made from polymer and are usually color-coded so that you can easily see when the magazine is full.

Magazines can be bought pre-loaded with ammunition or they can be loaded by the user. Pre-loaded magazines are convenient, but they are typically more expensive than those that are loaded by the user. When loading a magazine, it is important to make sure that the rounds are seated correctly and that the spring is not over-compressed. If the spring is over-compressed, it can cause problems with feeding the rounds into the chamber of the firearm.

Magazines can be stored loaded or unloaded. When storing a magazine that is loaded, it is important to make sure that the magazine is not left under tension for an extended period as this can damage the spring.

Magazines should be cleaned regularly to prevent dirt and debris from building up. A dirty magazine can cause jams and misfires.

To clean a magazine, first, remove all of the rounds of ammunition. Next, disassemble the magazine if possible and remove the follower and spring. These parts can then be cleaned with a gun cleaning solvent. Once the follower and spring have been removed, the magazine can be cleaned with a gun cleaning brush. Be sure to pay special attention to the feed lips as these are what ensure that the rounds are fed into the chamber correctly. After the magazine has been cleaned, it should be reassembled and then loaded with ammunition. It is important to test the magazine before using it to make sure that it is functioning correctly.

Gun magazines are an essential part of any firearm and should be given the care and attention that they deserve. By following the above steps, you can ensure that your magazines are always in good working order.

There are many benefits to using gun magazines. Some of the most important benefits include:

So overall, there are many benefits to using gun magazines, which is why they are such an important part of any shooter's arsenal.

Pistol magazines, for example, are typically smaller and hold fewer rounds than rifle magazines. They are also often made of a different material, such as plastic or metal, to withstand the recoil of the pistol. Rifle magazines, on the other hand, are typically larger and can hold more rounds than pistol magazines. They are also often made of metal to withstand the greater force of the rifle's recoil.

Gun magazines come in all shapes and sizes and can be made from a variety of materials. They are an important part of any gun owner's equipment and should be chosen carefully to ensure that they meet the needs of the individual shooter. Whether you're looking for a pistol magazine, rifle magazine, or carbine magazine, we've got you covered. We also carry Ak magazines, M&P magazines, Glock magazines, drum magazines, and AR magazines - so no matter what type of firearm you own, we have the perfect magazine for you. Make sure to check out our selection today! 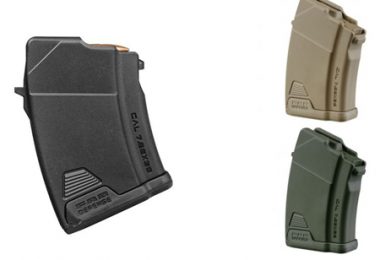 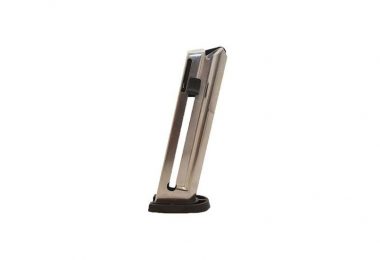 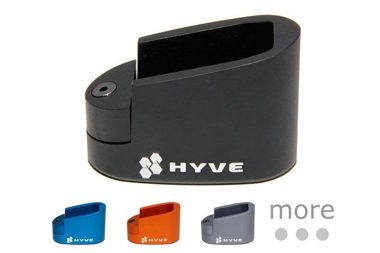 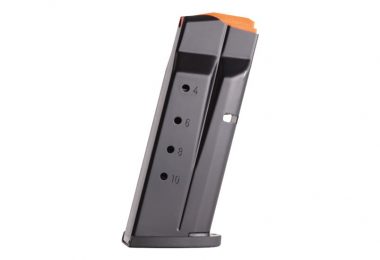 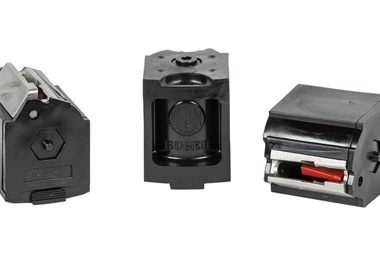 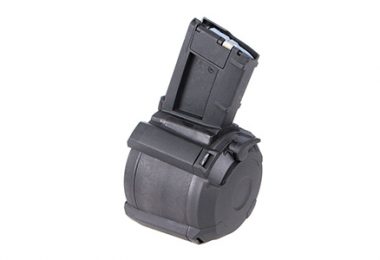 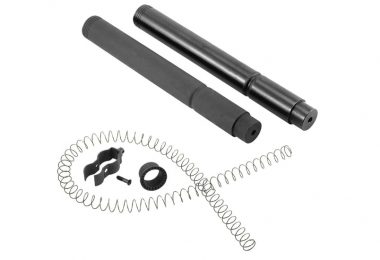 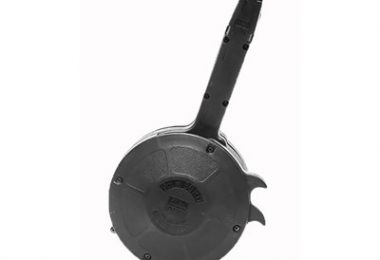 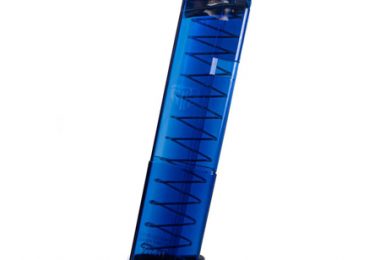 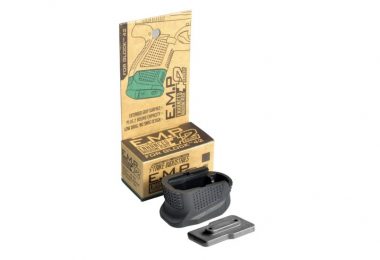 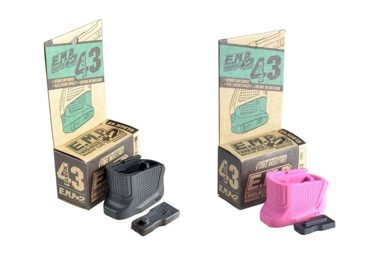 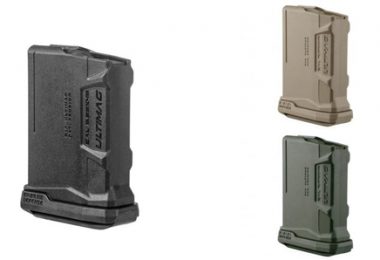 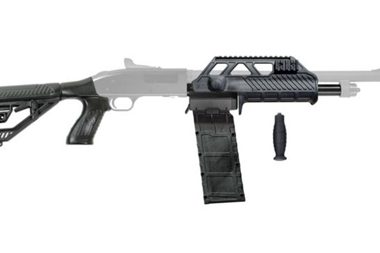 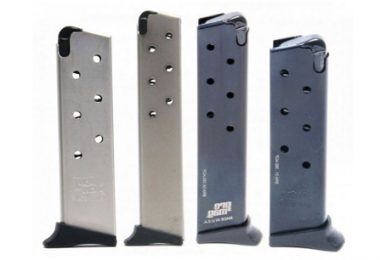 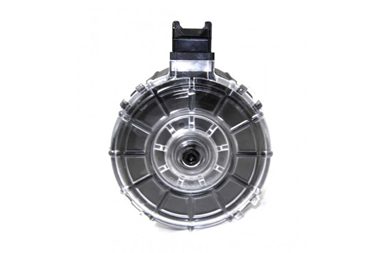 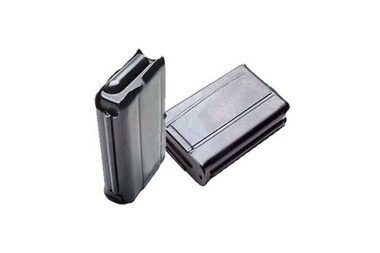 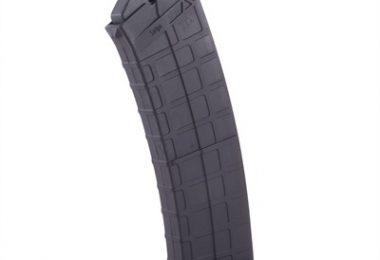 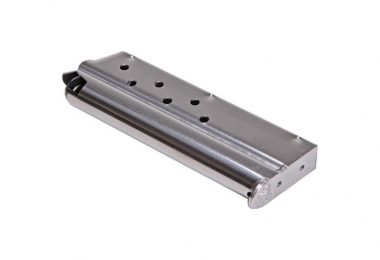 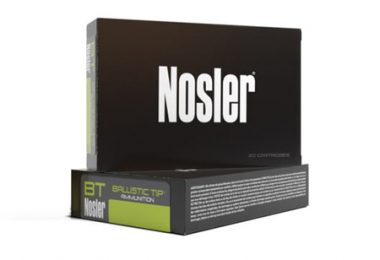 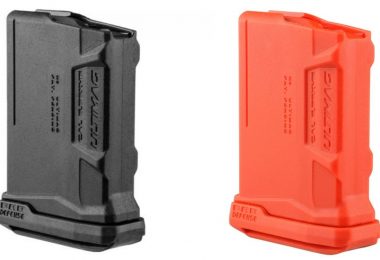 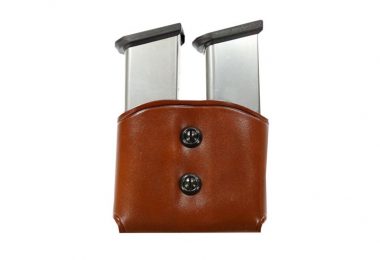 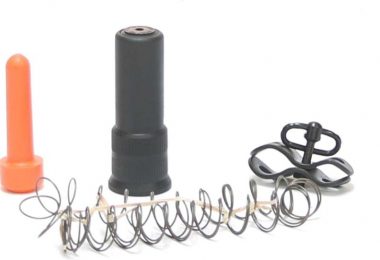 0 Votes 6 Ans
What is a gun clip vs a magazine?
22 viewsStephen Changed status to publish 5 days agoGun Magazines

0 Votes 5 Ans
How many magazines for a gun should you own?
15 viewsStephen Answered question September 2, 2022Gun Magazines

0 Votes 4 Ans
Can I use 33-round magazines in 3 gun competition?
17 viewsEric Answered question September 2, 2022Gun Magazines

0 Votes 4 Ans
What is the difference between a magazine and a clip?
14 viewsEric Answered question September 1, 2022Gun Magazines